A downloadable game for Windows, macOS, and Linux

Trelet is set in a word where the ground is made of blocks. So far that's pretty normal - especially within the realm of platformer games - but here's the twist: the blocks have letters in them! And you can find other letter blocks and add them onto the existing ones to create new platforms to jump on!

It's a puzzle-platformer created for the Ludum Dare 45 Game Jam within the 48 hour 'Compo' time slot. If you've also participated in Ludum Dare 45, please rate my game after playing it!

In Trelet, your goal is to reach the flag at the end of the level (yes, there's only one level, I didn't have enough time for more!) You do so by placing letters onto others to create new words that act as platforms to pave your way forward.

Keep in mind that only real words will work, and that all neighboring letters (read top-to-bottom or left-to-right) need to form ones!

Can you collect all nine Star Coins?

In Edit Mode you'll need some other buttons:

Trelet was made using the following tools:

You do not have permission to open the application “Trelet”.

The game is great for a single developer and the art is just AWESOME! Only some bugs and i hope you fix them the gameplay hard (for me) but great game.

Good concept; I love word games and was excited to try this one out. However, the game was too unforgiving. The following are my suggestions to improve the game, it's not meant to offend but I hope it comes in useful to improve the game.

Though not really the fault of the developer, it took me at least 3 tries to figure out how to put in the letters. The instructions on the main webpage could be clearer by omitting the commas and the "or", or simply by using keyboard symbols. I would suggest that this also be incorporated into the game by use of a tutorial or a "How to play" section. (A tutorial would be great)

Else, for someone who does not have the link to the webpage, the game is almost unplayable. Even after figuring out the controls, as a first-time player I could not gauge how far I should put my words to maximise letter placement as I was unfamiliar with the jumping distance and height. If this was the intended message of the game (ie dying is normal), perhaps adding a death counter would help. Also, adding checkpoints.

And as difficult as it is to proceed forward, I quickly realised that going backwards requires some additional thinking as well. This is because wanting to head back to the wizard at the start (for the rare letter sets) necessitates that your platforms are at an appropriate distance away for you to be able to jump back onto them.

During edit mode, I found letter placement tedious. Allowing players to press and hold the selection keys (W/S/up/down) rather than pressing the key repeatedly to move to a letter that's relatively far away. Alternatively, it would be even more helpful if you could hover your mouse over an empty block and just use the keyboard to enter the words. Or you could even just limit the selection of the letters to only those that the player has in their inventory.

It was also frustrating when I had to manually move over each and every letter to figure out how many of them I had. And most of the times, I wasn't even planning on using the letter yet, but was instead trying to figure out what words I could make. A more user friendly option would be to show the letter count at one shot, at the side/top of the screen.

For the edit mode though, it was a relief when I figured out that going from A to Z and vice versa just required the press of a single selection key, rather than having to press 25 more times to go to the other end of the alphabet.

An additional suggestion is to highlight words in edit mode when they are valid (eg for words longer than 1 character, check the word each time a letter is joined to it).

For all the effort though, I like the cute game graphics and as mentioned above, the refreshing concept. I hope to be able to play a better version soon!

Does this game support UK's English or American's English?

If I type Colour instead of Color is this a valid word? Also are they both valid which would be the most preferable?

I'm using a word list that I found online and checked real quick: both "color" and "colour" are on there (as are "neighbor" and "neighbour" - seems it's pretty consistent in allowing UK and US spellings), so you can use both variants!

As for which is preferable in-game: "color" is easier to spell, since it doesn't require you to have a "u", but "colour" is a longer word, so it would give you more points and extra letters!

I'm looking into making a text based game as well.

I'm using this list, specifically the 'words_alpha.txt' file! Good luck with your game! 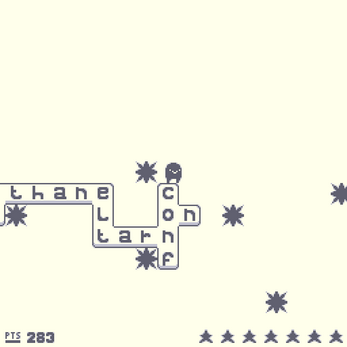 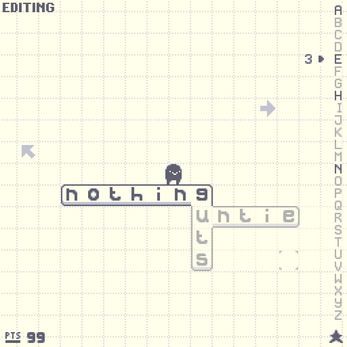 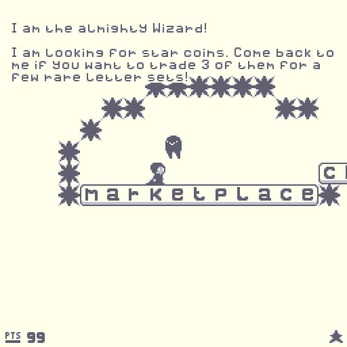